Just added to your cart

The Ancient Divinity and Healing of Sandalwood

One of the most widely used metaphysical plants of the world is the renowned Sandalwood tree. The use of this sacred tree in spirituality and ritual dates back thousands of years throughout India, Tibet, Nepal, other parts of Asia, and the Middle East. It grows between 20 to 30 feet and blooms with white, red, or purple flowers. A few different species are used for spiritual and medicinal purposes, some more medicinal than others.

Indian Sandalwood, Santalum album, is found in one of the oldest Vedic scriptures of Hinduism, the Nirukta. It was considered a divine wood used in carving and construction for temples, idols, religious statues, and spiritual tools; which are known to stay fragrant for decades or longer. It was one of the most common incenses found burning in ancient Hindu and Buddhist temples around India and Tibet, and is still used in temples today as it is believed to bring one closer to one’s divine nature. 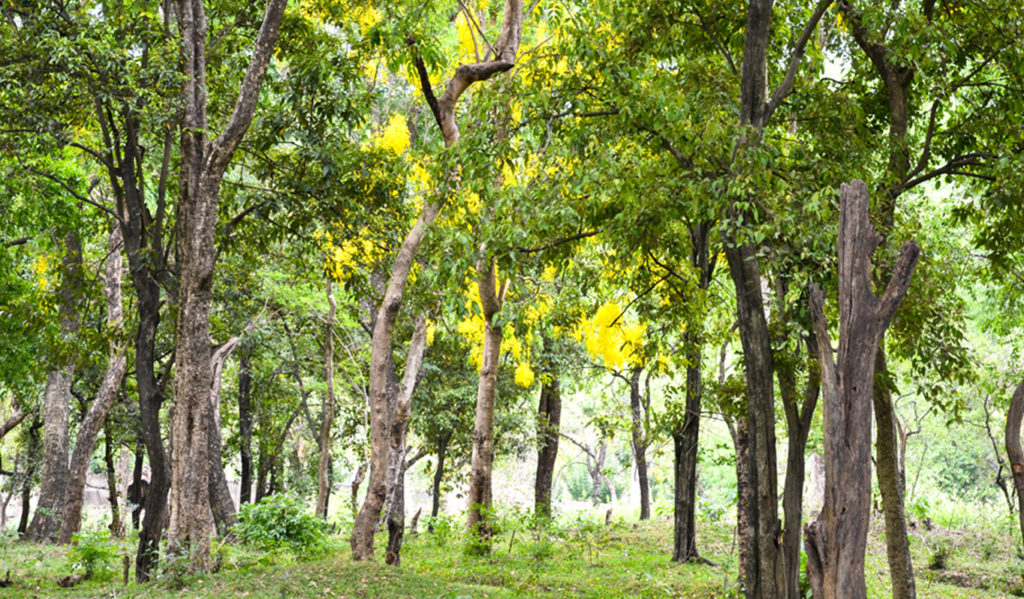 Sandalwood is one of the most potent smelling botanicals in the world. In addition to its spiritual and medicinal properties, its intensely sweet, soft, woody, balsamic, and slightly musky aroma made it a prized ingredient for luxury perfumes, incenses, and cosmetics from ancient India, to Egypt, to China, and eventually the rest of the world.

Sandalwood has a stimulating effect on the pineal and pituitary glands, as well as the third eye chakra. This is why so many Hindus use it as a paste on their forehead above the ‘third eye’ during times of worship. It is considered a sacred plant that is respected and honored more than most in the Eastern world, and is perhaps the most widely used incense material for accompanying meditation in many different religions and spiritual practices. 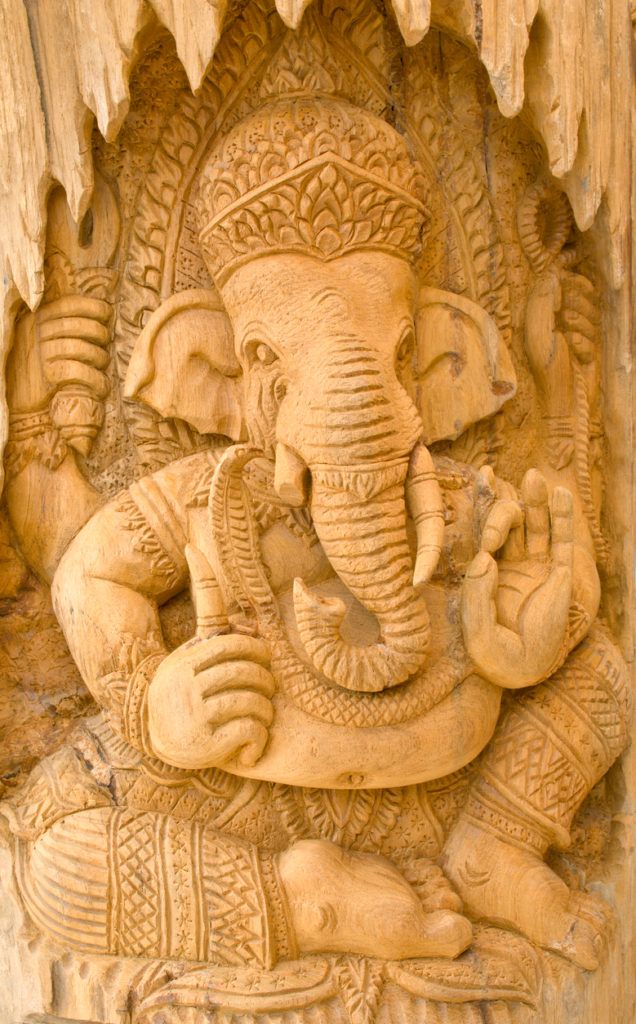 Sandalwood is known for clearing the mind and bringing calmness to the entire being, while promoting inner peace and feelings of greater unity.

As incense, it’s used to accompany prayer and help connect one to the great mystery of life. Sandalwood has been burned in Buddhist, Hindu, Taoist, Sufi, and many other spiritual practices to help strengthen and enhance one’s spiritual essence. In meditation, Sandalwood helps get people out of their minds and into a space of heart and spirit. It connects one to the divine, not in an out of body or otherworldly sense, but through opening one to the realization of the simple divinity of life itself.

Sandalwood helps bring people to the moment and is widely known to have a strong grounding effect to one’s energy. Those who often find themselves distracted mentally, or feel they’re elsewhere energetically, tend to experience a sharper presence in the here and now when using Sandalwood.

Ancient Egyptians used Sandalwood for cosmetics, perfumery, anointing oils, incense, and in embalming and funerals. The Sufis, of Islam, mark the graves of the deceased with Sandalwood paste, as the tree is thought to guide the soul into the next life. This belief is found in various cultures and has contributed to Sandalwood’s reputation as a funeral herb.

Sandalwood has been used for ages in many traditional systems of medicine including Ayurveda, Chinese medicine, Tibetan medicine, and Coptic medicine. Its strongest medicinal virtues lie in its effects on the nervous system and the skin.

Sandalwood is a strong nervine, sedative, and tonic, capable of centering and calming the mind and thoughts, while kicking the parasympathetic nervous system into action. It tonifies, cools, and calms the nerves, helping to release tension, hot emotions, and thoughts that don’t pertain to the moment. This in combination with its sedative and tonic actions on the heart make it an important Ayurvedic remedy for insomnia, nervousness, nervous tension, and anxiety.

Sandalwood is also proven to sharpen the mind and heighten attentiveness and alertness, while keeping one calm. It’s also very uplifting to the emotions and is traditionally used to treat depression.

Sandalwood is an antibacterial, antiseptic, and expectorant plant that’s also proficient in decreasing mucous. It has soothing, cooling, and demulcent effects and is often used to treat laryngitis, coughs, catarrh, and other complaints of the respiratory system. It has been proven to be more effective in cases of chronic bronchitis than acute cases. 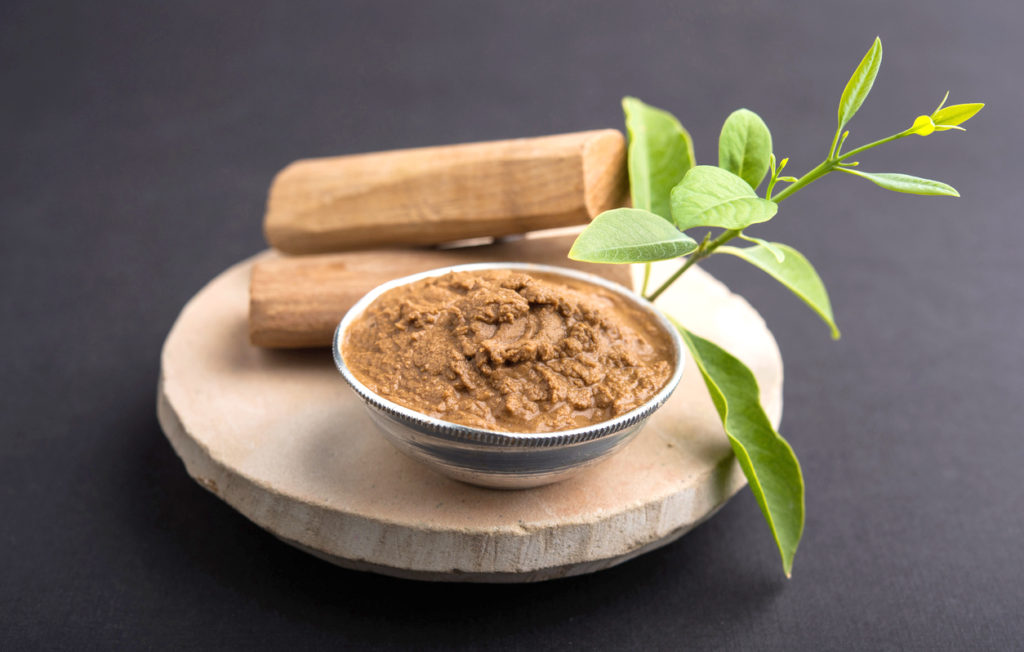 Ayurvedic practitioners have used Sandalwood paste for all kinds of skin disorders for ages. It’s cooling, anti-inflammatory, rejuvenating, and tonifying actions are ideal for skin inflammation, dryness, irritation, rashes, psoriasis, even pain. In most of these cases, a moist compress of wood powder is used. With such amazing benefits for the skin, there’s no wonder Sandalwood has been used in cosmetics around the world for thousands of years.

Sandalwood in a paste or infused oil has long been used as an aphrodisiac in many cultures. It helps raise sexual energy and stimulate libido in both men and women. It’s also used to treat impotence in men. It has been traditionally used as a general herb for reproductive health.

It is advised to avoid using Sandalwood internally and externally if you have kidney problems. Incense and diffusing essential oil are safe options in this case. It’s also important to remember that different species of Sandalwood have slightly different aromatic profiles and medicinal benefits.

The Future of Sandalwood

There are a few different species of Sandalwood that are used for incense, essential oil, and medicine. One of these species could eventually face extinction if its current rate of cultivation and harvesting does not decrease; Santalum paniculatun of Hawaii is “at-risk” at this time due to increasing harvesting for essential oil production.

Santalum album is another species that is considered to be “threatened” at this time in its native ecosystems of India due to over-harvesting. Its wild populations are rapidly declining due to a number of factors, including immense production of Sandalwood essential oil, the heavy use of Sandalwood as the most desired fuel source for cremation services (the most common form of funeral in India), and growing environmental factors.

Australia has its own species of Sandalwood that is not endangered, threatened, or at-risk: Satalum spicatum. This Australian native smells equally amazing and holds many similar medicinal benefits. It is highly recommended to use S. spicatum as a substitute for S. album from India, or Hawaiian Sandalwood.

Our sister company, Higher Mind Incense, sells Australian S. spicatum from a source that only collects broken branches and dead trees that have fallen to the ground, never harming or harvesting living trees. Their operation is closely directed and protected by the Australian government.

There are also large plantations in Australia now growing and supplying Santalum album (Indian Sandalwood). It is crucial to support Australians in their efforts and request that your essential oil and incense suppliers look into this important matter of sustainability before it’s too late for native Indian Sandalwood populations. Higher Mind Incense also supplies sustainable Australian-grown S. album.

This article is an excerpt from the Free Ebook, Traditional Wisdom & Spiritual Healing with Aromatic Plants. Evan Sylliaasen is the founder of the Northwest School of Aromatic Medicine and Higher Mind Incense. For the past decade his incense company has been a leader in sustainability and conscious sourcing of aromatic plants. As the head instructor of his online school, he teaches aromatherapists, incense lovers, herbalists, and spiritually-minded folks the traditional art of incense crafting, incense as medicine, and the art of wild-harvesting aromatic plants responsibly.

Evan lives with his family in the foothills of the Olympic Mountains of Washington state. He channels his creative passions through writing, photography, wood working, craftsman building, and music. When he’s not working, he’s out in the garden, forest and fields, walking along rivers, beaches, or in the mountains breathing deeply.

© 2018-2022 The Northwest School of Aromatic Medicine. All Rights Reserved.

*If you’ve enjoyed this article and would like to learn more about aromatic plant medicine, the ancient art of incense, and the traditional spiritual and medicinal uses of essential oils and plant smoke, join our email list, receive our free ebook, and become a part of the Tribe!